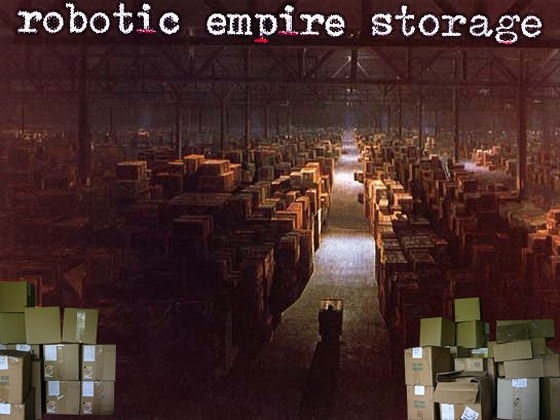 Now we gone n dun it: another Robotic Empire Kickstarter has been launched! Why? Because we’re seriously out of room at RoboHQ and need to clear some much-needed space for upcoming releases aplenty.

We’ve dug through the archives and found some oddball items to offer up, plus we’re doing pick-and-choose CD lots for well below cost.

For real, $10 gets you 10 CDs, $20 gets you 25 CDs, $50 gets you 30 titles (including the 8xCD FLOOR set, new 2xCD AIDAN BAKER release and some other jammers). We’ve got test presses from ISIS, GHASTLY CITY SLEEP and TILTS, discounted damaged goods, an overstock-vinyl-lot, and will probably add some other jibba jab as it surfaces.

This is more of a space-making endeavor than a money making one, so please check it out as the deals are pretty retardo. 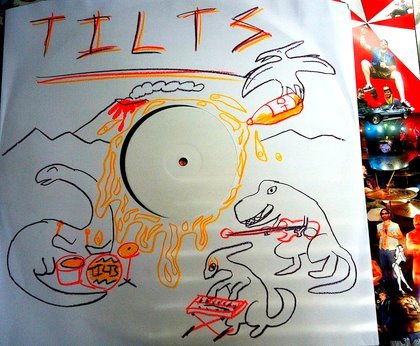 To please kickstarter’s guideline-enforcers, we are calling these “Custom Robotic Empire Care Packs” and will draw whatever madness you want on the box, sales receipt and/or anywhere else. This was surprisingly popular during our previous/first Kickstarter for the TILTS LP release (which is nearly sold out now too, we’ve got about 25 copies left) so we’re upping the ante this time and making it standard practice for all orders made via this campaign.

So get weird with it: Wanna see the Terminator hitting a gravitybong: DONE. How about a unicorn battling a dinosaur? DEAL. Or maybe a mystic wizard cooking up some pancakes? Strange, but OKAY. Basically whatever dumb stuff you can conjure up: we’ll scrawl it onto or within your package wherever we can.

Yes, this is goofy… but we’re trying to keep this space-making operation interesting, for both you and for us. So please hit up our Kickstarter page and help us make this happen! Gotta say too, the success of the TILTS campaign was heavily indebted to people posting it on their various social media outlets and forums… so if you’re willing to share this stupidity, we’ll gladly throw in some BONUS SCHWAG at the end of the campaign. Just let us know when we send out the “kickstarter survey” thing at the end and we’ll juice ya up!